Thank you to our Hall of Fame Sponsors

IRVINE, CALIFORNIA, March 25, 2021 – Eilers & Krejcik Gaming, LLC (EKG) is proud to announce that both Scott Olive and Charlie Lombardo have been inducted into the EKG Slot Awards Hall of Fame (HOF) Class of 2021.  Both Charlie and Scott will be honored in person at the 2022 EKG Slot Awards which is expected to occur in Las Vegas in February 2022.  Scott Olive is the third inductee to the EKG Slot Awards HOF for Game Development while Charlie Lombardo is the first inductee under the newly created category for Slot Operations.

“Our Board of Advisors has selected two outstanding individuals to the EKG Slot Awards Hall of Fame,” said Todd Eilers, Principal at Eilers & Krejcik Gaming, LLC.  “Both Scott and Charlie have been instrumental in the continued success and overall growth of the global gaming industry.”

Scott Olive is a Principal and Founder of HRG Studios in Australia, which makes games exclusively for Aristocrat Leisure.  Scott started his career with Aristocrat in the late 90’s and was instrumental in the company’s successful expansion into the North American gaming market with the introduction of low denom, high volatility video reel games.  Scott also created the widely successful Hyperlink progressive jackpot system with several top performing games including Cash Express, Penny Train, Fa Fa Fa, and King of the Nile.  Scott left Aristocrat in 2007 to Co-found True Blue Gaming, an independent game development studio, which was eventually sold to Aruze Gaming in 2009.

After True Blue Gaming was sold, Scott went on to found HRG Studios and shortly after signed an exclusive agreement to develop games for Aristocrat Leisure in 2012.  In 2014, Scott and his studio introduced Lightning Link, which has been one of the most successful game franchises in the history of the gaming industry and currently remains the industry’s top grossing slot title.  Scott followed that smash hit with several more top earning games including Dragon Link (2017), Dollar Storm (2019), and Buffalo Link (2021).  Scott’s games have been critical drivers in Aristocrat’s success over the last decade as the company has more than doubled its market share in the key North American market.

Charlie Lombardo is the first gaming executive to be inducted into the EKG Slot Awards Hall of Fame under the newly created category of Slot Operations.  After a brief stint in the US Air Force, Charlie started his gaming career as a slot mechanic at MGM Grand in Las Vegas.  Charlie quickly moved up the gaming ranks and was appointed SVP of Slot Operations at Bally’s Las Vegas.  Charlie was one of the first operators to open his slot floor to new suppliers working with both vendors and regulators to test new games and products.  Charlie also worked closely with gaming suppliers to develop proprietary games only available for play at Bally’s. Charlie worked closely with Bally Technologies to develop a multi-denom, multi-site progressive jackpot system which eventually led to the creation of Bally’s first Wide Area Progressive (WAP) jackpot system.

After the merger of Bally’s casinos and Hilton in 1996, Charlie was tasked with designing and setting up the slot floor for the new Paris Las Vegas casino under development.  After a successful opening of Paris the company then known as Park Place Entertainment acquired Caesars Palace. Charlie was eventually promoted to VP of Slot Operations and managed the slot operations for Caesars Palace, Paris, and Bally’s on the Las Vegas Strip.

In the early 2000s, Charlie accepted a position with the Seminole Tribe in Florida as SVP of Gaming Operations. His responsibilities included the development of two new Hard Rock branded casinos along with managing the operations of the Tribe’s existing four casinos. Charlie was instrumental in getting a legal Class II gaming system setup and approved by the National Indian Gaming Commission (NIGC) for the Seminole Gaming operations in partnership with Bally Technologies.  Under Charlie’s leadership, the Seminoles significantly expanded their casino operations and have become one of the largest and most profitable gaming organizations in the world.  Charlie also represented the Seminole Tribe of Florida as an Advisory Member to the NIGC tasked with establishing Class II regulatory and classification standards. Charlie remains as a strategic consultant to the Seminole Tribe.

Congratulations to both Scott Olive and Charlie Lombardo as inductees into The EKG Slot Awards Hall of Fame – Class of 2021.  Thank you for your contributions to the gaming industry.

This year we have added a special In Memoriam video segment to recognize a hand full of influential gaming executives that have passed away this past year.  These individuals will be truly missed – Bob McMonigle, Sheldon Adelson, and Steve Laman. In Memoriam Recognition Highlight

Thank you to our Event Sponsors 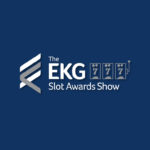